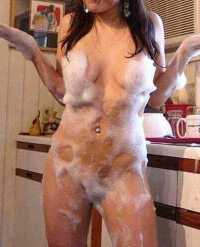 “Oh, shit – Penny, that feels so fucking good,” he whimpered.  I could feel his body shaking as I worked my allure on his 12 inch dick.

With Colt sex never feels like just a booty call; he loves me in his own way.

Colt bent over just enough and spread his legs a little – I inserted another finger into his ass.  “Um, you like having your ass massaged don’t you?” I asked him.

“Yes – I guess I’m just kinky that way,” he said.  There was shyness in his voice – and that was a turn on in and of itself: seeing and hearing the little boy come out in him was my Viagra.

Was it the cougar in me that liked guys with little or no experience… who knows?   Who cares?  I know I just enjoy teaching Colt new tricks; he’ll always remember I was the first.

At some point I’ve got to show him how to take control.  I don’t want him to make love to me tonight; I want him to fuck my brains out and take me like he owns me.

“Oh my God, I have found a natural HuCow,” Colt laughed.

“It’s a woman with big tits who lactates and enjoys sex,” he said.  “I’m in heaven – I never thought I would get this lucky to have a girl with such big natural tits – and one as beautiful as you.” Colt said.

“I like you, too – and I’m going to show you how much,” I said as I massaged his butthole; stroking the shaft of his cock up and down at the same time.

The worst thing in the world I could do would be telling him I loved him.  I’d never get him to be the man I wanted; he’d be a puppy dog tugging at my leg.

Colt turned around after a few minutes with a rock hard dick stabbing me in my stomach.  He was a grower, and a shower.

I reached down and grabbed that big dick and put the head in my mouth.  I started off slowly, circling the tip with my rough tongue – and then I took the whole thing in my wet mouth.

I made love to it, without using my hands, as Colt pressed my face into his pelvis making me gag. I jerked back as water welled up in my eyes.

“Do you like it when I do that?” I asked – already knowing the answer.

Teaching Colt how I wanted sex was harder than I thought.  He needed to learn my moods and the signals I was throwing out.

I wanted him to take me like no other man had ever taken me before.  I wanted him to be a strong man, with no intimidations – and I didn’t want him to hold anything back.  Can you teach a guy that without having to spell it out?

“I want to fuck you so bad Penny – I want to taste you. I want to eat your pussy and taste your milk,” he said.  It was almost like we had merged into one person -with one train of thought, and it all had to do with sex; massive amounts of hot, nasty, dirty sex.

“You can do all of that, sweetheart. Do you want to fuck me in the ass?” I asked him.  He was coming along nicely—the longer we were together the less he had to ask: just do it, I thought.

“Oh God yes,” he exclaimed.  I could feel his heart beating a 1000 times a minute and his hot breath on my face.

“It would be a lot easier if we did it in the shower – you’re making me so wet,” I told him.

Instantly Colt flipped me around.

He spread my ass with his hands and dangled the head of his massive throbbing cock against my butthole.  After a little maneuvering, I got into position so he could slide it right into me.  Colt shoved his dick in my cunt just long enough to get his cock wet to shove it in my ass.

Colt continued to pound me like a sledgehammer.  It didn’t matter what I said—he was taking control.

We stopped long enough to get into the bedroom.

Colt threw me on the bed and got between my legs.  He pressed his tongue into my wet cunt.  I held my legs up in the air and quivered – he slurped on my clit for everything it was worth.  Colt could eat pussy better than any man I had ever seen before.  He knew exactly what to do with my clit and he had a natural talent.

Colt held my clit between his teeth and flicked the hood of my clit with his bumpy tongue; he worked it faster and faster and faster.  Every fiber of my body felt like it would explode -and he had not even put his dick in my ass yet. I wanted that more than anything—that was why he was here.

When he shoved his dick inside me again, I could feel it throbbing and pulsating.

“Yes Colt, I’m your HuCow – I’m all yours for as long as you want. You can do anything you want,” I stuttered.  “Take me, sweetheart—use any hole you want.  I’m all yours.”

“Squirt your milk for me,” he said.  “I want to see milk come out of your tits.”

I grabbed my 38DDs and squeezed them as hard as I could; I pinched my nipples, and the milk squirted out onto his chest in a stream.  That turned him on tremendously.  He fucked me harder and harder, slamming his dick into my pussy.

Colt and I fucked like this for over an hour – first one positioned then another.  My pussy was so wet and swollen; he could have butt fucked me with no lube.

Without warning he lifted my ass higher in the air.  His dick was right there, centered on my ass.  He pushed it in.  I held my breath, but I didn’t need to; his cock was wet from my cunt—it slid right in with no problem.

We rested just long enough for him to get hard again.

He went between my legs and ate me some more.  I came so hard I thought I was going to pass out.

I had to rest this time.  My head was spinning, and I needed something to drink.

While I was getting something from the refrigerator, Colt played “I wanna fuck you like an animal” on his phone.  Oh, shit—I taught him too well.  I smiled when I listened to some of the lyrics and I hummed some of the words going back to the bedroom.

I brought him bottled water and rested my head on his hairy chest.

Fuck—was I falling in love with this damn 19-year-old?  What the fuck am I doing?  Part of me didn’t care, but part of me knew better than to fall for a guy half my damn age.  He’s not even old enough to buy liquor.

We had one thing on our mind—Colt went straight back to the pussy.

He fucked every hole I had; taking turns between my two holes.  He fucked my cunt for a while—then slammed my ass.  My cheeks were red from the little love taps.  He owned me.

He squeezed my tits making enough milk flow to put a slight puddle on the sheets.

“That’s your side for tonight,” he laughed.

“Give me that dick—I’m gonna suck some of that testosterone out,” I grinned.

I swallowed enough protein to choke a horse.

It wasn’t over yet.  My bull was just getting warned up for an all-night passion frenzy.

Did you like this story?  Check out my author profile on Amazon.  Most of my books are in Kindle Unlimited.  You can get a 30-day free trial and read every single one of my smutrotica for free. 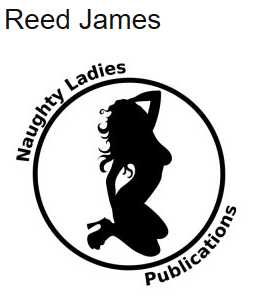 Imaginative, creative and full of talent.  Last week Reed was kind enough to be interviewed; you can check the article out here.

You can check out James Reed at the following sites:

And, as an added bonus, if you sign up for his newsletter you’ll get 2 free bonus books:

Newsletter (which comes with a bonus two free stories): http://eepurl.com/X7_xr

If you’re an author, you should check out his blog especially.  His practical and straightforward tips on how to write the genre will make you want to tie him up and tickle him with a feather until he spills his dirty little secrets all over you.

But, you’ll have to get in line: I plan on having his futa tentacle babies. 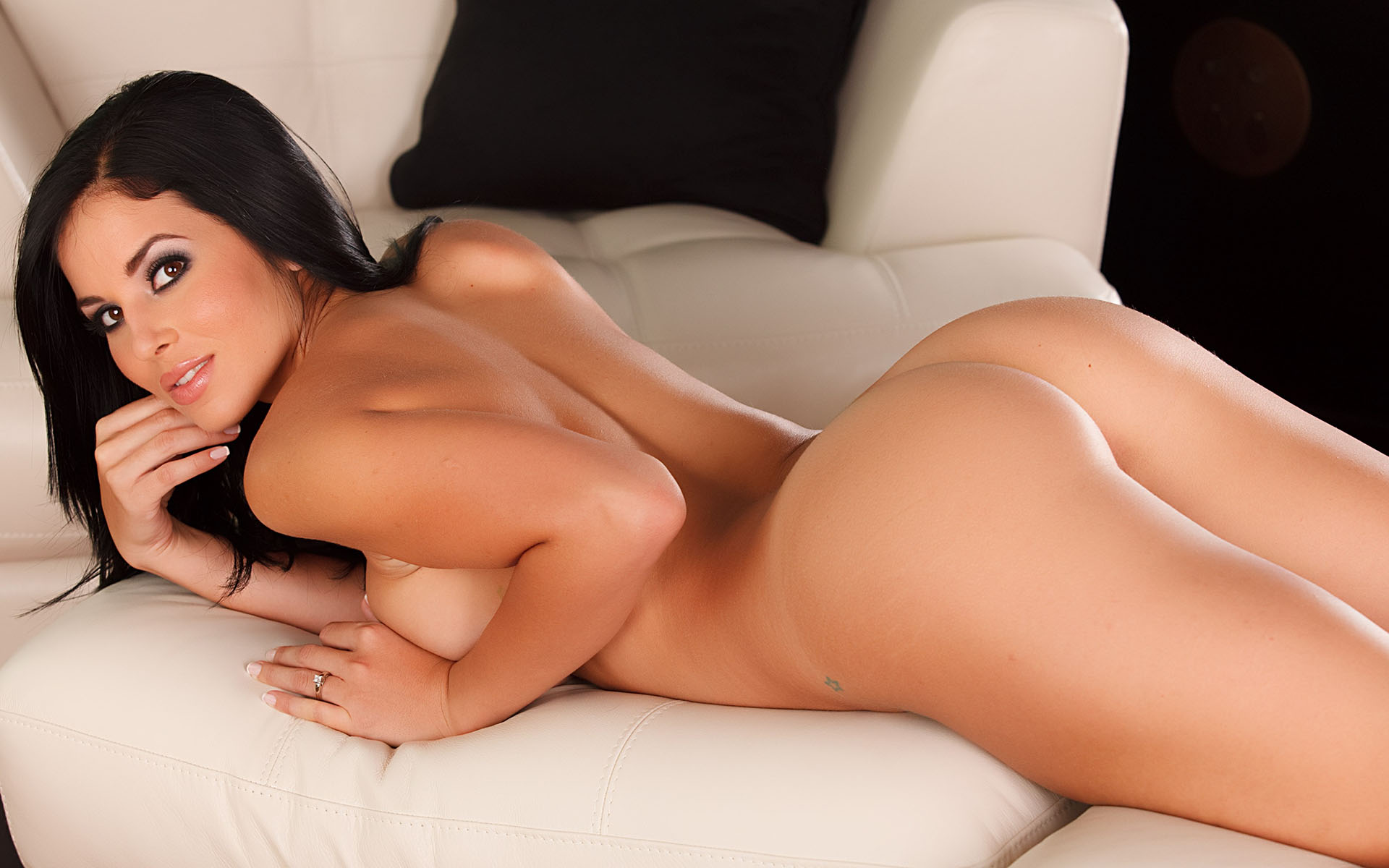